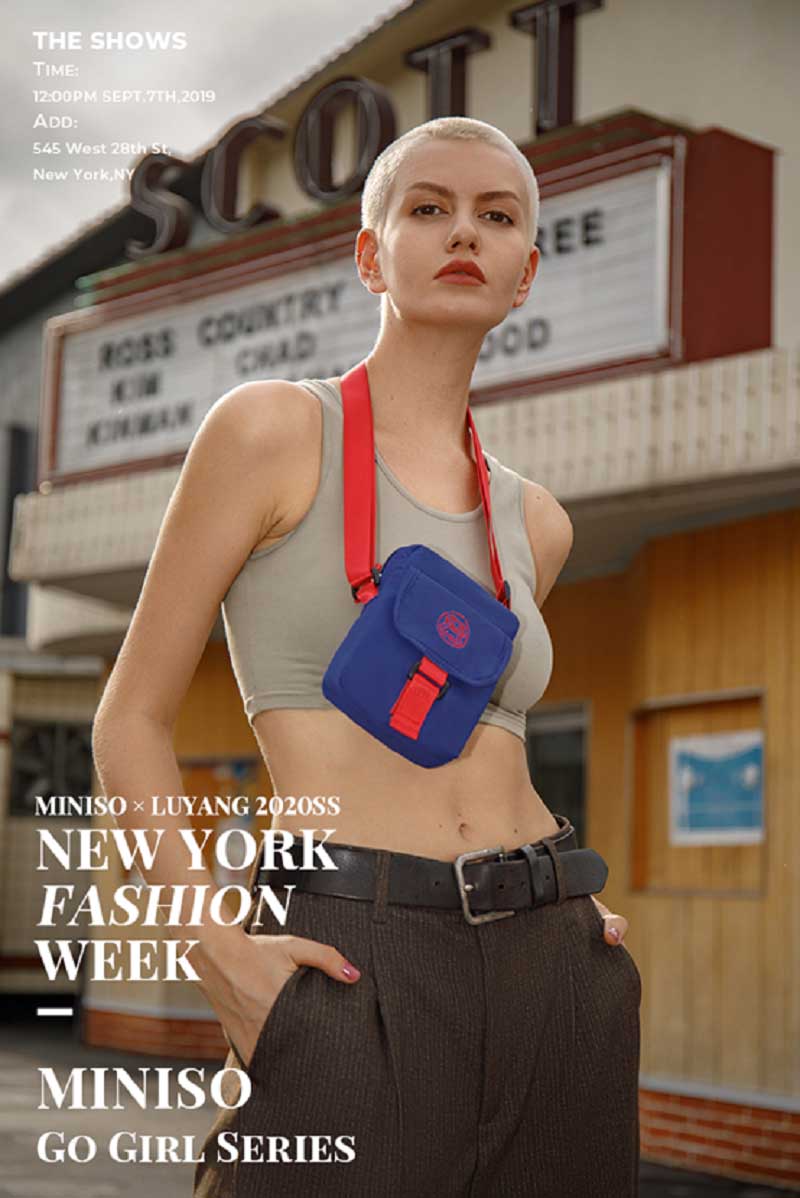 MINISO Made Its First Appearance at 2020 New York Fashion Week With Its Go Girl Series Products.

Compared with the other three fashion weeks, New York Fashion Week is trendier and more inclusive of new brands, and it also gathers a large number of overseas designers, including high-quality Chinese designers. The 2020  Spring&Summer New York Fashion Week, held from September 6 to September 11, was attended by 34 Chinese fashion brands and many Chinese designers. MINISO collaborated with Chinese independent designer Yang Lu in the New York Fashion Week, displaying 15 new products of the season on the runway show, including sunglasses, hats, earphones, cross-body bags, backpacks, change wallets, and 8 sets of outfits, including popular IP products such as Kakao Friends and Marvel. 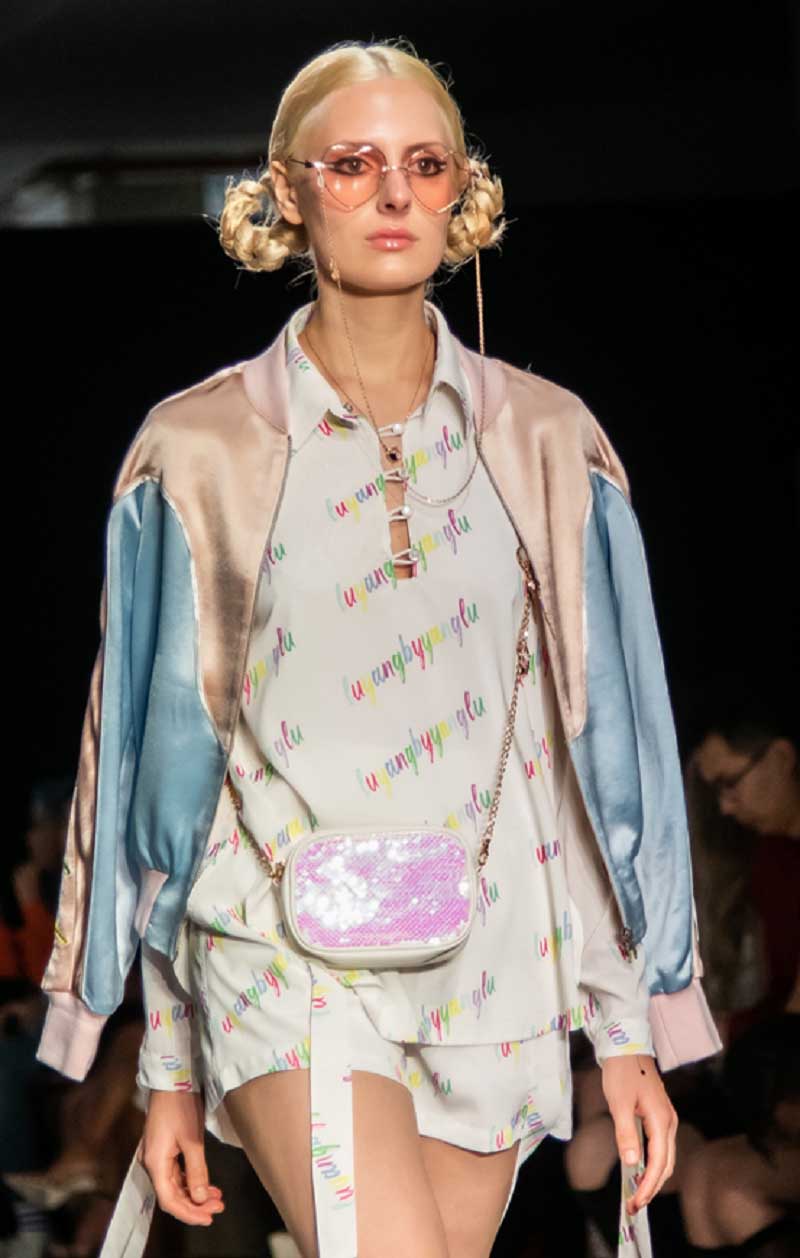 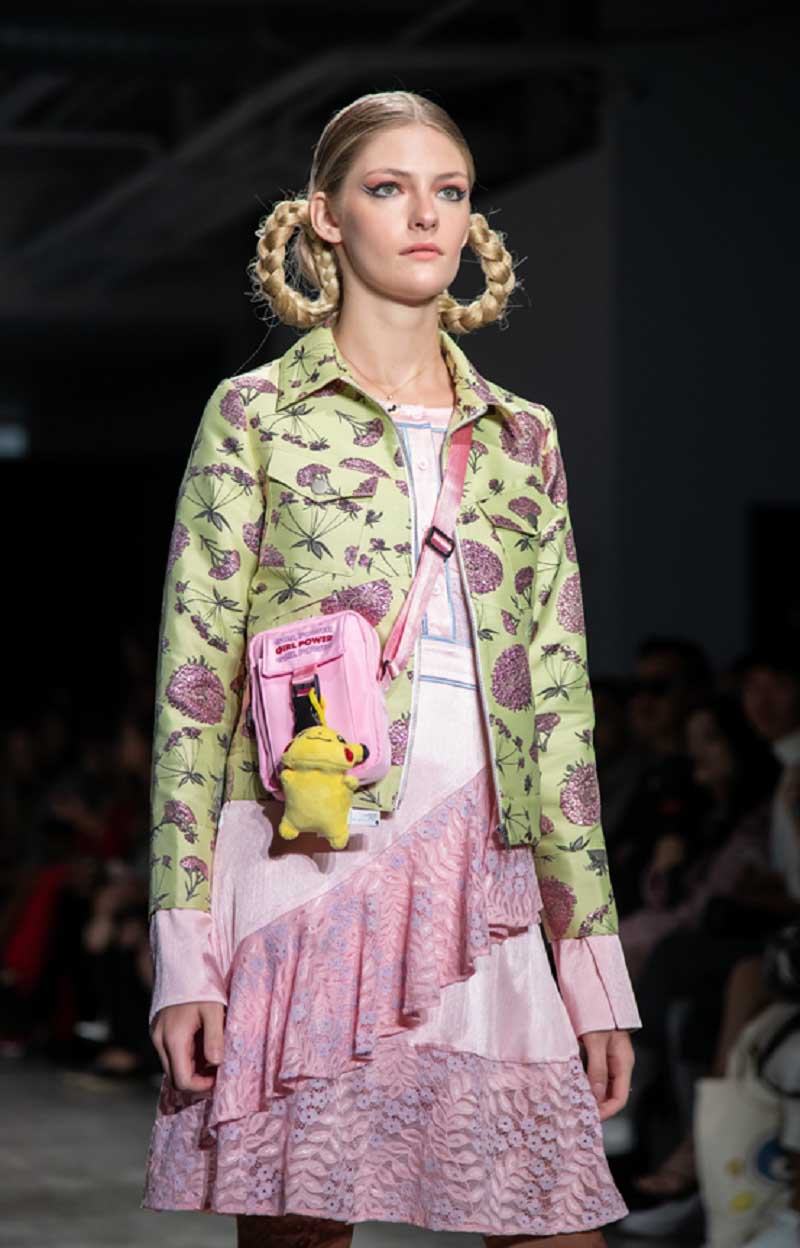 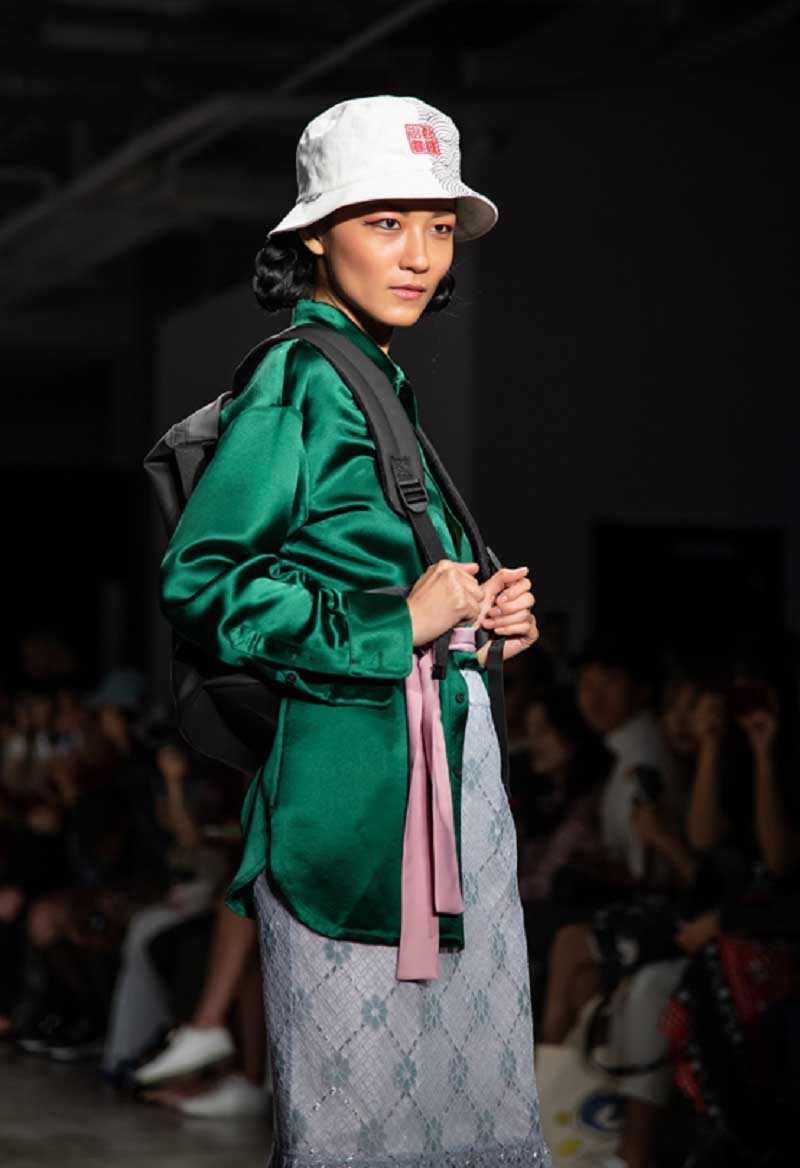 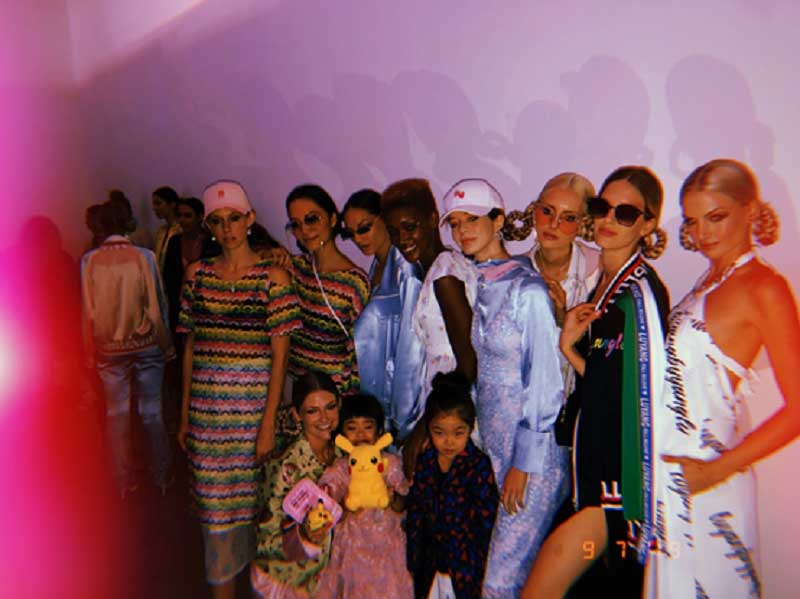 Models posed with MINISO products at the backstage at 2020 New York Fashion Week.

It is worth mentioning that in addition to the popular products of the season, the Go Girl series, a new product series promoted by MINISO, was also presented at the New York Fashion Week. With the theme of “young” and “cool”, this series is MINISO’s 2020 spring and summer new series for the international market, especially for European and American countries. MINISO’s Go Girl series has a unique style, the color matching and the use of color are bold and trendy. Colors like blue, red, yellow and green are matched in different combinations, blended with various patterns and elements such as big eyes, red lips and sequins, forming a unique fashion style.

During New York Fashion Week, MINISO’s streetwise advertisements hit the big screens of Times Square, Reuters and Nasdaq, making its presence in New York. After appearing on the most fashionable stage in New York, MINISO has attracted a lot of attention on the Chinese social media platforms such as Weibo and WeChat, and the hot search traffic has reached an unprecedented peak. New York Fashion Week, however, is not equal to a feast gathering international big names. The appearance of MINISO makes national fashion become a new trend, and ordinary girls also have the chance to become fashion darlings. 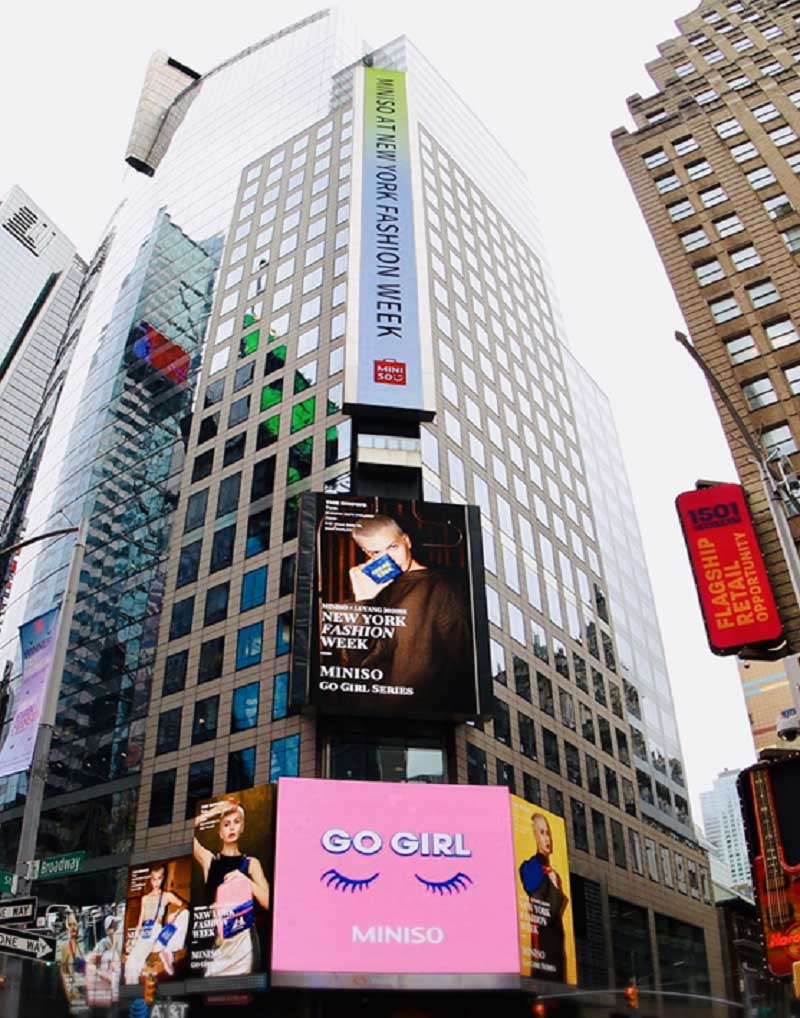 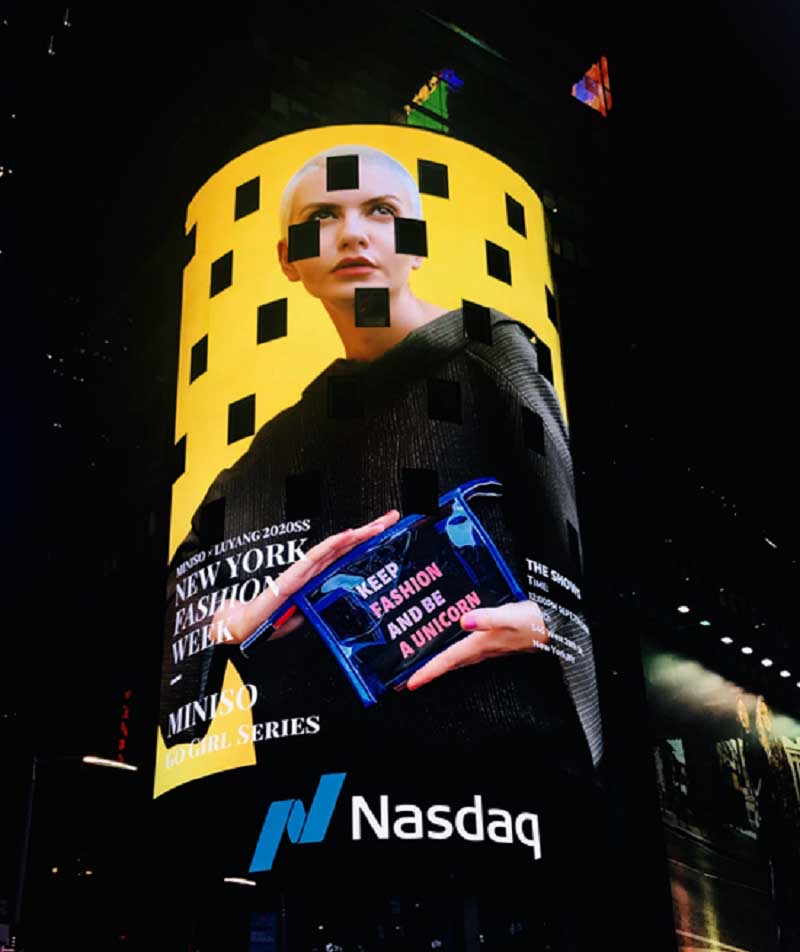 After six years of development, MINISO is no longer a corner shop, but a fashion store with its own personality. MINISO has been upgraded comprehensively, mainly in the following aspects: product upgrading, co-branding with popular IP at home and abroad, such as Hello Kitty, We Bare Bears, Sesame street, Kakao Friends, Marvel and Forbidden City Culture; store upgrading, MINISO × Marvel IP stores were opened in Guangzhou, Shanghai, Xi’an, Thailand, Singapore, the United States etc., attracting numerous fans and achieving great marketing performance; concept upgrading, on the basis of maintaining high quality and low price, MINISO put forward the lifestyle concept of “good life is unrelated to price”, and continued to export high quality products with reasonable prices to global consumers.

For MINISO girls, the presence of their favorite brand at New York Fashion Week means they can easily own the same look that was once out of reach on the runway show.