Recently, the results of the 2018 Red Dot Design Award were officially announced. Four products of MINISO (the Japanese designer brand) won the Red Dot Design Award of 2018. When these frequently used products, such as the mini fan, the u-shaped pillow and the notebook were awarded the international design award, people began to wonder what the specialties of these articles for daily use were. MINISO has always advocated the life philosophy of “simple, natural and quality,” with most of the products of which are simple, fashionable, creative and good-looking, being favored by global consumers. MINISO tells people with action that design reflects people’s aspirations and everyone may have the right to enjoy the happiness brought by design.

The Red Dot Design Award, which is internationally recognized as one of the world’s top industrial design awards, was founded by the German Design Council with over 60 years of history and is called one of the three major design awards in the world with the German “iF award” and the American “IDEA award.” The four awarded products of MINISO are: the U-Fan (U-shape mini fan), the CirXquare Mini Fan (with portable power source), the Collapsible Neck Pillow and the Wave Book. Good design can improve the added value of products and interesting ideas can make daily life full of surprise. MINISO certainly achieves these characteristics, which makes daily used products equipped with vitality. 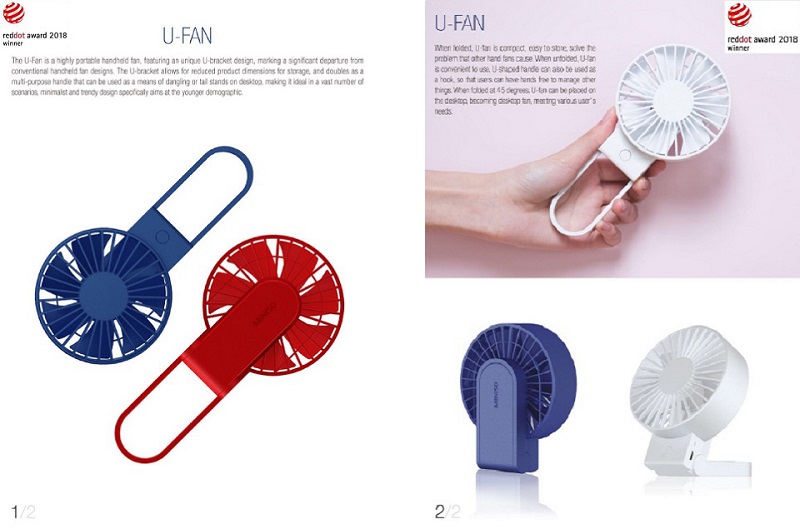 The U-Fan which won the Red Dot Design Award:

The fan has a unique u-shaped bracket, which is different from the traditional hand-held fan design. The U-shaped fan is easy to use, and the u-shaped handle has multi-functions, which can be used as a hook. When folded at 45 degrees, the U-fan can be placed on a desktop to meet various users’ needs. 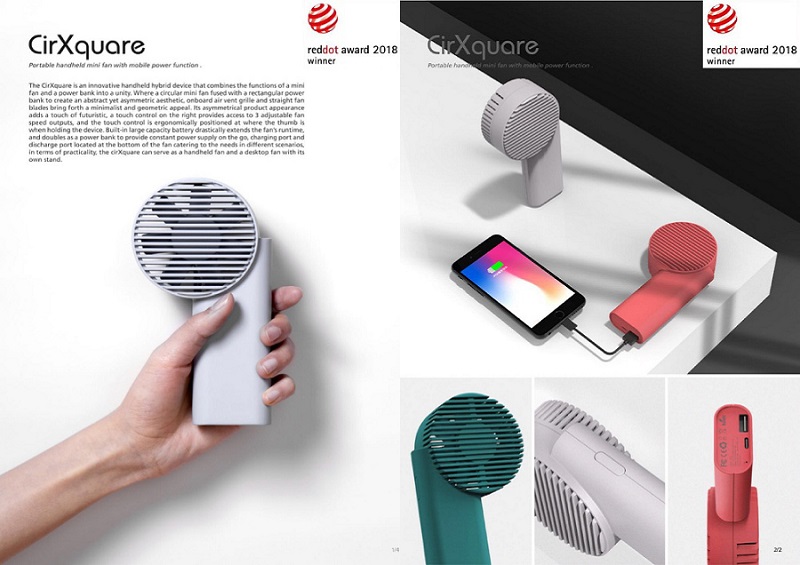 The CirXquare is an innovative portable hand-held mini fan that combines the functions of a mini fan and a power bank. A circular miniature fan is fused with a rectangular mobile power supply, and the asymmetrical appearance adds a sense of future design. The built-in large-capacity battery greatly extends the operating time of the fan, with the charge interface being at the bottom of the fan.

In terms of the overall design style, MINISO has always adhered to minimalism and tried to carry out the brand proposition of “returning to nature and restoring the essence of products.” It hopes to lead consumers to build a sound consumption outlook through MINISO’s simple but lively aesthetics of design and advocate a sustainable development attitude towards life at the same time. In the process of turning creativity into reality, it is the details that determine success or failure. The four awarded products are not only simple in appearance but also eye-catching, and it is more importantly that they successfully identify and solve users’ problems. 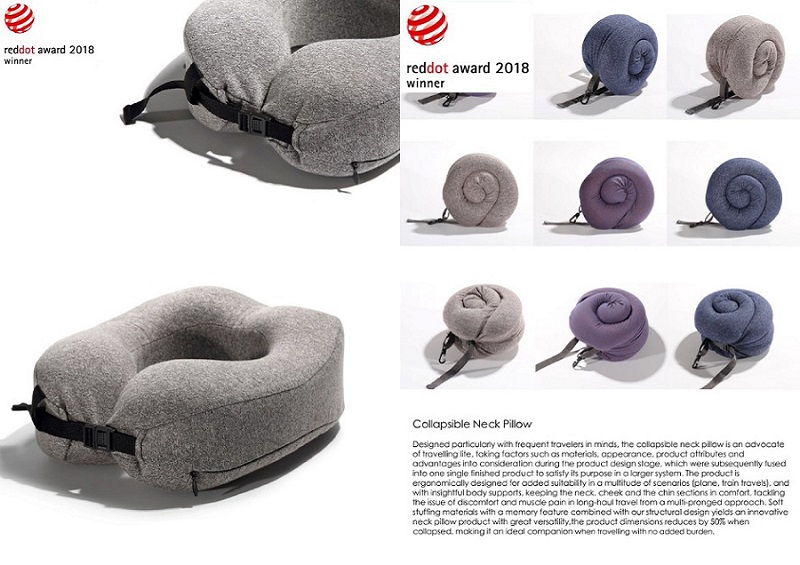 The Collapsible Neck Pillow is designed for frequent travelers. The product is ergonomically designed and can be used in a variety of places, such as aircrafts and trains. Its soft packing has a memory function, which can solve the problems of head and neck discomfort and muscle pain during long distance travel. When folded, the product size is reduced by 50%, which does not increase storage space, and is the ideal companion for travel.

While sticking to the core principle of “high quality but low-price”, MINISO also pays high attention to the appearance of products. Good-looking products must come from good design. Mr. Ye Guofu, the global co-founder and CEO of MINISO always says that the design cost of MINISO is over RMB 100 million per year, and this number is increasing year by year. Good product must come from good designers. On one hand, MINISO has fostered many outstanding designers to expand its designer team and to unify its design style; on the other hand, it has enlisted top designers from different countries such as Denmark, Sweden, Norway, Japan, South Korea and China. In addition, considering the target consumers of MINISO are mainly the 15-35 year old young people, such as college students and white-collar workers, MINISO carried out cooperation with colleges and universities, such as the Guangzhou Academy of Fine Arts. Among the winners of the Red Dot Design Award, some of them are from Guangzhou Academy of Fine Arts. 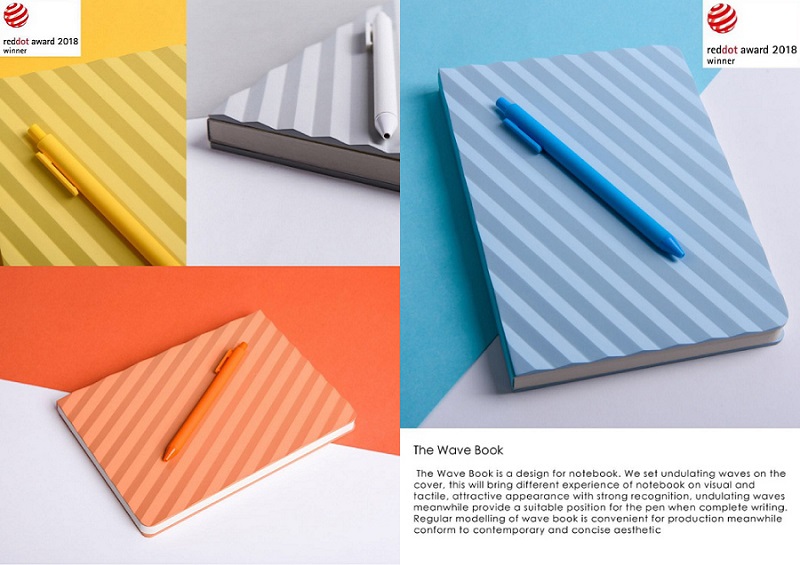 The Wave Book which won the Red Dot Design Award:

The cover of this notebook is an undulating wave design, with visual and tactile unique experience and high recognition. The undulating waves can also provide a suitable placement for pens when writing.

So far, MINISO has opened more than 2600 stores in 62 countries and regions, with USD 1.8 billion revenue in 2017. With the expansion to the world, MINISO has explored the automatic product design mechanism since last year. By building a designers sharing platform, individual designers become the designers of MINISO. Factories (production), designers (design) and stores (channels) eventually form an industrial chain closed loop. Only in this way can MINISO continuously introduce more good-looking products to consumers and let them enjoy the pleasant experience of design.